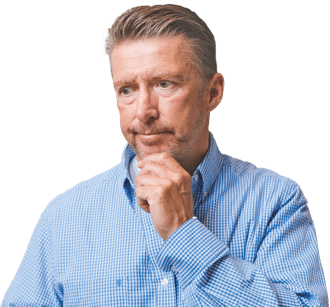 When an older person asks us to repeat something we just said, we often assume that they are struggling to understand our speech due to hearing loss. Although this may often the case, a new study shows that difficulty in understanding speech may be due to the effects of aging on the brain, occurring in cases where no hearing loss exists.

University of Maryland researchers Alessandro Presacco, Jonathan Simon, and Samira Anderson published a new study in the Journal of Neurophysiology demonstrating the effects of aging on understanding speech.

In this study, two groups of adults with clinically normal hearing experienced a series of tests that checked their comprehension of speech against background noise. One group was comprised of 17 younger adults (aged 18-27 years) and the other group was comprised of 15 older adults (aged 61-73 years). The tests that the groups were given also tested mid-brain and cortical activity in response to speech in a variety of different environments (i.e. with ambient background noise, multiple people talking simultaneously in the same language, and multiple people talking simultaneously in an incomprehensible language).

The researchers found that overall, the older group had more difficulty interpreting speech, especially if there was a distracting noise in the background, such as a person speaking in the same language. The younger group’s ability to understand speech was also affected by distracting background noise, but to a lesser degree than the older group.

These results suggest that neural processing of speech is strongly affected by the informational content of noise. Additionally, as we age, our ability to process and understand speech declines – especially in distractingly noisy environments. The decline is unrelated to hearing loss and can occur even in the presence of no hearing loss.

Often, we will hear an older person say that they can hear us, but cannot “understand” us. This cognitive decline gives an explanation as to why that is the case. Older individuals with normal hearing may be able to hear you, but their brains struggle to keep up with what is being said.

Co-author of the University of Maryland study Jonathan Simon suggests that older people need more time to figure out what a speaker is saying because their brains have to exert more effort than younger adults. When talking to an older person with normal hearing struggles to understand speech, talking louder is not always a better solution. If someone is having trouble understanding you in a noisy environment, speak to them at a normal volume while facing them directly.

When Hearing Loss is a Medical Emergency