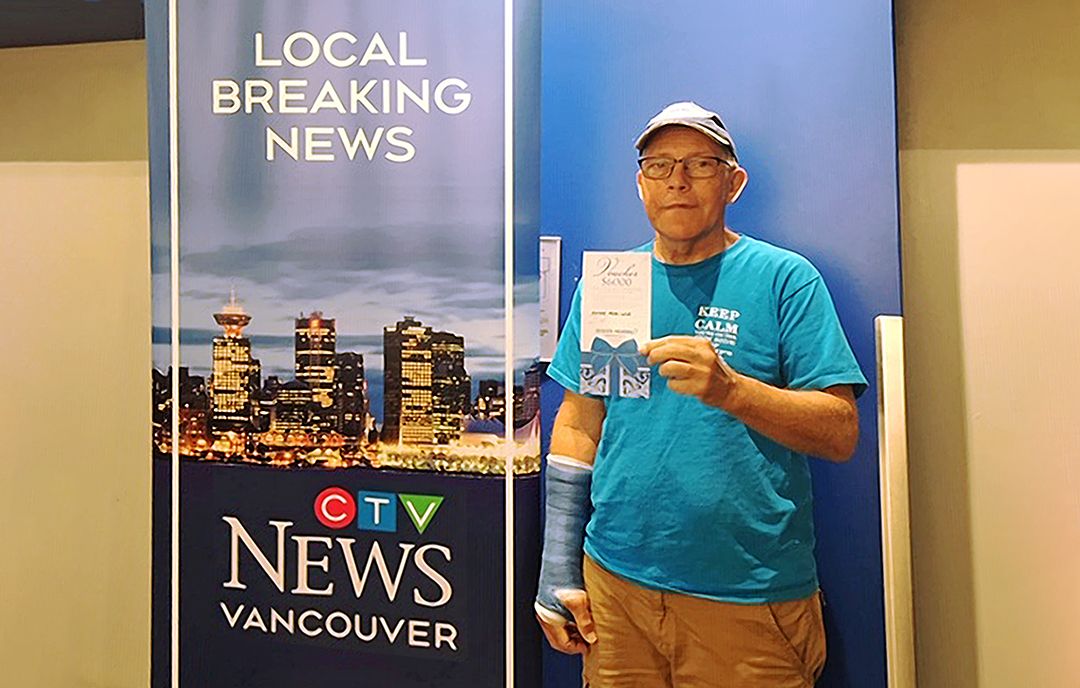 Ron’s wife, Kelly, entered the contest on behalf of Ron after seeing a broadcast on CTV Morning News, unbeknownst to him. “I hadn’t even told Ron because we never win anything,” Kelly exclaimed. “I thought I would just enter and see what happened. Every time I remembered or saw the broadcast, I would enter,” Kelly said.

When Ron got the call from CTV that he was the contest winner he wasn’t even clear what they were referring to. “CTV phoned and said that I’d entered the contest and had won,” Ron stated. “I remembered filling out an entry form when I first bought my hearing aids a couple of years ago, but they clarified, ‘oh no, it was an entry that was done this month’. I didn’t even know that Kelly had entered me in the draw,” Ron added.

Ron’s hearing journey began in 2014 when he noticed he was struggling to hear conversations and the TV. Things escalated after going on a trip to Las Vegas to celebrate his birthday. The day after arriving, Ron woke up with no hearing in his left ear.

“I looked at Kelly and said I can’t hear you,” Ron exclaimed. Kelly added, “His equilibrium was off, and he was struggling to find his balance.”

Unfortunately, finding solutions for better hearing hasn’t been easy for Ron. He got his first set of hearing aids from a department store, which were covered by his benefits provider, but after a few months, he realized they weren’t working. Ron then tried a second set of aids, but after the three-month trial period, decided to return them because they weren’t a right fit.

Finding solutions for better hearing hasn’t been easy for Ron. After trying two sets of hearing aids that weren’t working, in April 2018, Ron completed a hearing evaluation with Mani Rahnama—Registered Audiologist, Registered Hearing Instrument Practitioner, and owner of the NexGen Hearing Abbotsford clinic—and was fitted with the aids he is currently using.

“Mani is laid back did not push the hard sale,” Ron stated. Kelly added, “Mani is a nice guy and makes you feel very comfortable. Any time Ron has an issue, Mani invites us to come into the clinic to figure out a solution together.”

Mani has met many patients like Ron who have gone to other clinics but have been unable to find the right fit for their particular level of hearing. “Ron’s condition is quite unique as his needs require what is referred to as a BiCROS hearing aid to address the total loss of speech recognition in his left ear and the hearing loss in his right ear,” said Rahnama. “Ron will now be fitted with the OPN S, which is a revolutionary product that is rechargeable, has Bluetooth capability, and can be controlled through an app on your iPhone.”

Ron will keep both sets of aids, and plans on using them at different times depending on the environment he finds himself in.

When asked what advice they would offer anyone starting their hearing journey, Ron and Kelly said, “People don’t want to admit they have hearing loss. Get tested right away, because it is free at NexGen Hearing, and you will find out where you sit on the hearing spectrum.”

To obtain a baseline of your hearing, please visit NexGen Hearing and schedule your FREE hearing test! 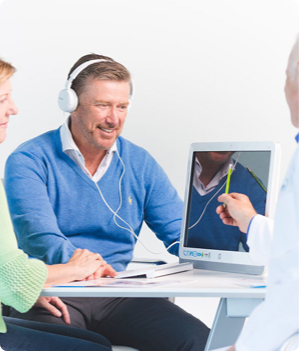